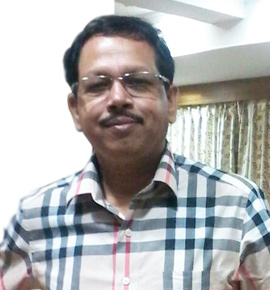 Our vision is to make Bhubaneswar a child-friendly city, and we are giving a lot of attention towards the safety and security of children in our smart city, says Pradeep Kumar Jena, Principal Secretary, Department of Electronics & Information Technology, Government of Odisha, in an exclusive interview with Gautam Debroy of Elets News Network (ENN)

Bhubaneswar figures in the Government of India’s list of first 20 cities to be made ‘smart’. As the head of the committee preparing the roadmap for taking forward the smart city programme, what is your strategy?

An artist’s imagination of what Bhubaneswar Town Centre, a part of the proposed Smart City plan, will look like.

Well, we are happy that we have emerged number one in the Government of India’s 20 Smart Cities list. Our team, led by the Bhu- baneswar Municipal Commissioner under proper guidance from the Honourable Chief Minister of Odisha, was able to prepare a proposal that was found to be the best.

So, after passing through the first round of challenge, our biggest challenge would be how to proceed with the detailed proj- ect report (DPR) to make Bhubaneswar a smart city. Of course, we have a foolproof plan. All structural and organisational issues have already been addressed. We have also registered the Bhubaneswar Smart City Company.

For us, now it’s now time to act. We have already set up two committees: one committee will look into the technologi- cal aspects and the other will look after the engineering, infrastructure and utilities part of the project. Through the smart city, not only a particular portion of the city will be developed, but the concerns of entire city will be taken into consideration.

What are your target areas?

Wifi, and smart traffic signaling and police surveillance will be implemented across the city. For the smart city part, the city infrastructure will have to be improved. We need proper roads, electricity and all other facilities of a smart city, and all these would be implemented through Public Private Partnership (PPP) mode.

We need to look how we can promote low-polluting as well as zero-polluting transport. We are also trying to make Bhu- baneswar a child-friendly city with the use of all infrastructure and technology.

Energy maintenance is one of the major factors in a smart city. So, we are taking all necessary precautions for energy management. We have to leverage the technology for proper use of power. In our smart city, we have to generate a system for power backup, so that it could be utilised in case of emergency.

For the entire operation, we will have a state-of-the-art centralised command centre.

Tell us something more about your child-friendly city concept.

We have a lot of attention towards the safety and security of children in our Smart City. When we prepared our proposals, we went through a massive consultation process, wherein the city administration and the government went to each and every level: we consulted senior citizens, the academia as well as school students.

Following the consultations, what emerged is that the people want Bhubaneswar to be a child- friendly city, where children could move freely, even on roads. And, with the use of technology, we should build some apps, which could instantly connect them with their parents.

Talking about the provision of smart health facilities in a smart city, what is your strategy?

As a part of the eGovernance agenda, we are already into eEducation, eHealth, etc. The Health Department has also come up with certain schemes which we are implementing using IT. We will have mobile apps and web-based gadgets for medical services.

In fact, we are also using social media in a big way, as we are aware that it (social media) could play a major role in a smart city  it could be used as a major tool for the delivery of services.

Renewable energy could play a big role in a smart city. What is your take on that?

We have elaborately discussed the issue of renewable energy. Odisha is a power-surplus State. Availability of power is not a concern for us, but we have to know how to properly use renewable energy. In fact, we have also gone for roof-top solar power projects. So, we will be generating 5MW of solar power using government buildings rooftops. For this, we have already undertaken some initiatives and the bids have already been evaluated. We are also creating awareness amongst the citizens for use of solar energy. We are working on retrofitting houses for making solar power available to them. In addition, we are also trying to go for rainwater harvesting. For example, if you have a roof-top area of 2,000

We are also creating awareness amongst the citizens for use of solar energy. We are working on retrofitting houses for making solar power available to them. In addition, we are also trying to go for rainwater harvesting. For example, if you have a roof-top area of 2,000 sq feet, our government is making it mandatory that there should be proper rainwater harvesting.

Our city administration is also working for the use of green technologies. We are trying to use green energy not as replacement for power, but a means of daily living. As part of this, we are promoting bicycling in the city. In fact, Bhubaneswar is one city where there are defined bicycle tracks. Similarly, in the smart city district, every lane will have bicycle lanes. So, over a period of one or two years, there will be much more people using by cycles instead of motor bikes for commuting short distances.

A smart city will need huge investment. What is your strategy for that?

For the smart city, a DPR of ` 4,000-5,000 crore investment has been worked out. The Smart City SPV is going to manage this issue. It has three components: the Central Government and the Odisha Government are contributing some fund, while different government departments are also making some programmatic investments. For example, the IT Department is working on Wifi issue, so that its cost is not met from the smart city budget but from the department itself.

We are also going for PPP model, especially in infrastructure and housing sector, where there will be a major investment through PPP model.

What are the major hurdles on way to smart cities?