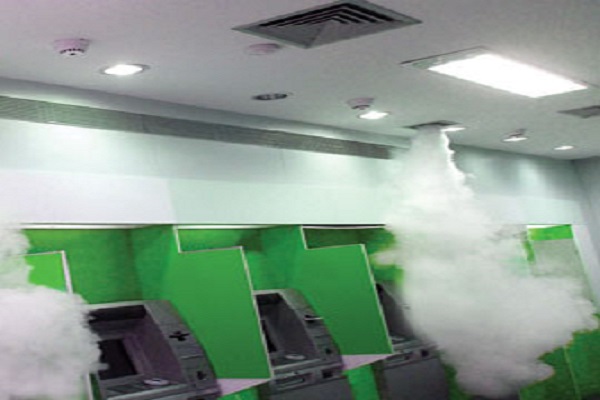 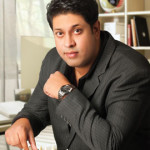 Smoke Screen security solutions have become an integral part of the insurance conditions for warehouses, jewellery store and other valuable item stores in Europe, and the company has launched itself with specifically designed products for the Indian market, Masood Ali, Sales Director – India, tells Sudheer Goutham and Arpit Gupta of Elets News Network (ENN). Banking sector is another major client of Smoke Screen, says Ali

Tell us about Smoke Screen, India – the company, and the technology it employs to keep security threats at bay.

Smoke Screen, India, is a 20-year-old global company with its head office in the UK.

Our product is an ultimate deterrent to stop intruder from stealing anything. We cover the banking sector, including ATM centres, and warehouses that store valuable items. Round-the-clock our security system is connected to a panic button and it releases non-transparent thick fog when an intruder passes in. Meanwhile, message is passed on to the security system. As our motto goes, “Can’t see it? Can’t steal it!”, an intruder cannot steal unless he can see his target object.

The concept is simple: Smoke Screen generators are installed and integrated with existing detection measures. As soon as an intrusion is detected, production of vast clouds gets activated to visually obscure the object to be protected. The fog is non-toxic and non-damaging, but it confronts criminals through an active defence against burglaries and robberies. The concept is already widely deployed worldwide, with some 60,000 Smoke Screen systems in active service. Our turnover shot up to 125 million pounds within a span of just one year.

Can you shed some light on your global presence and existing client base?

We are present all over Europe and we are also an integral part of insurance conditions of just any company there. In Europe, banks and jewellery stores need our installation, as they cannot be insured without our security system. We have launched ourselves in Brazil last year, where we saw a turnover of 1.5 million pounds in just one year. Two major banks have our systems installed. Two months back, we launched our products in India. One of our major customers is De Beer, the major diamond company, which has already installed five of our units and is installing another five in February. We are also in talks with Godrej, who will start buying from us from March onwards. We are also in a tie-up with walk-in stores like Megatronics and others.

We are present all over Europe and we are also an integral part of insurance conditions of just any company there. In Europe, banks and jewellery stores need our installation, as they cannot be insured without our security system

Going by what you just said, response to Smoke Screen products has been quite good in Europe and other advanced countries. How do you plan to consolidate your position in India?

We were overwhelmed by the positive feedback that we received during our participation at IFSEC India event recently. It was a genuine pleasure to know that so many people agreed that we were able to bring a valuable and the much-needed defence mechanism to the customers in India. We are looking for distributors for our pan-India presence.

India needs such a security system. We had discussions with security heads of various banks, including Yes Bank, South India Bank and Axis Bank. At the moment, the banks are more concerned about the ATM machines being robbed in the remote areas, as they do not have security system in place. I think they can install our products. The benefit which they get is, firstly our installation cost is a oneoff payment, which is quite affordable when compared to what a bank spends on two security guards for an ATM machine. If intruders attack an ATM machine, the first check to be compromised would be ATM guard, or he would be bribed. So, that is not a guaranteed security. Besides, it has a recurring cost every month. Ours is a one-off cost. Whenever banks, warehouses or ATMs are attacked, our security system, which is connected to a monitoring centre, no matter how far it is, will continuously release the thick non-transparent fog every five or ten seconds until help reaches there. It will stop anyone from entering the premises, even if it is an open room.

What are the products that Smoke Screen, India offers?

Our company has three different units: Sentinel S35, S55 and S70. Depending on how big the area is and how much time it takes for the fog to fill that area, the units are considered. For a smaller area like an ATM, S-35 should be able to do, whereas a bigger area of 10×10 sq meters, S-55 would be required. Similarly, for an area of 50×50 sq meters, S-70 would work.

Is the fog released by the security system harmful in anyway?