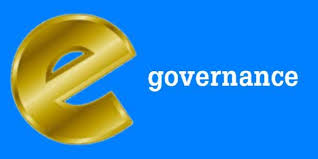 The 19th National Conference on eGovernance will be held in Nagpur, Maharashtra, on Jan 21-22 2016. The Union Minister for Road Transport and Highways and Shipping, Nitin Gadkari, will be the Chief Guest for the inaugural function at the Conference. In addition, the Guest of Honour will be Dr. Jitendra Singh, the Union Minister of State (Independent Charge) for development of North Eastern Region (DoNER), MoS PMO, Personnel, Public Grievances, Pensions, Atomic Energy and Space. Besides, Devendra Chaudhary, Secretary, Department of Administrative Reforms and Public Grievances (DARPG) will also address the inaugural session.

The two-day Conference is being organised by the Department of Administrative Reforms & Public Grievances (DARPG) and Department of Electronics and Information Technology (DeitY), Government of India, in association with the Government of Maharashtra. The Conference will have six plenary sessions on the following topics:

The Conference tends to prove effective for IT professionals of the Central and State Governments, Software Solution Providers and the Industry to interact and analyse various solution frameworks. Many new initiatives in eGovernance have emerged out of these conferences. As of now, 18 such conferences have been organised and the last one was held in January 2015 in Gandhinagar, Gujarat.

During the Valedictory Session on January 22, 2016, the Chief Minister of Maharashtra, Shri Devendra Fadnavis will give away the National Awards for e-Governance for the Year 2015-16 for exemplary implementation of eGovernance initiatives in 12 categories, including awards given for Best District Level Initiative in Citizen-Centric Service Delivery through ICT, Innovative Use of GIS Technology in eGovernance, Innovative use of Mobile Technology in eGovernance, besides the sectoral awards. A total of ten gold and eight silver awards will be given away in the Conference.