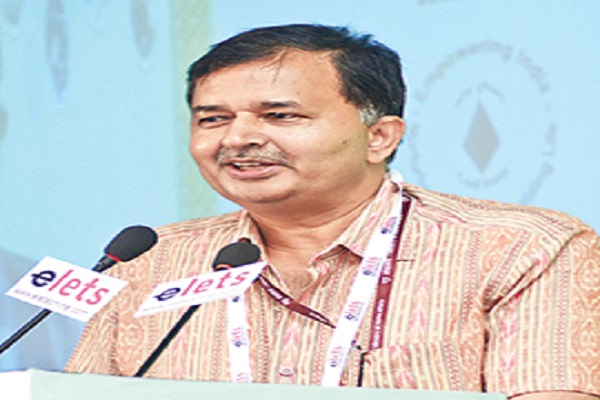 With only `49 crore of investment, five PSUs were started and by 1990 there were 273 of these. Till 1990, we were treating PSUs as an instrument of keeping India together, creating jobs anywhere, everywhere without looking into the necessary element of capital being viable and profit-oriented. Creating jobs and reaching the unreached was important and this role was beautifully played by central PSUs. Post 91 era, we gave a shift, profitability and viability were added. Moreover, what makes central PSUs different from other PSUs is the freedom of management, freedom to take decisions, and response to the market the way private players give. Looking at the central PSUs till 1990, these were giving employment to over four lakh people. There was monopoly in many areas which was broken in the due course and now these are competing in almost every sector. The central PSUs were created with the purpose that statesponsored industrialisation should be controlled and managed by the state only. It’s our role and wisdom that guides central PSUs and these are not only investors of the public capital, but also respond to the social needs of the society.

PSUs are a necessity PSUs are supposed to be owned by the public and public ownership is through our own ex-chequer, the money from the government, etc. The PSUs are managed and run by all of us and through the elected representatives. The commitment is towards parliament, towards various committees of parliament, towards the various regulations and guidelines by the parliament. This is the scenario under which PSUs do operate and certainly these are very important when it comes to the balanced regional growth. We cannot think about having a plant in back waters of Odisha or somewhere in Chhattisgarh, Bastar, etc. However, one thing that goes with the PSUs is that to what extent we are using the natural resources with which our country is endowed and to what extent those are being used in the public interest. We have to strike a balance between what is the objective and in which direction, do we really want to take these PSUs. PSUs are indeed necessary. We can’t think about telecom as yet without BSNL and MTNL and about airlines without Air India. However, there is a lot of criticism, which comes to the PSUs. But then, without PSUs, the Indian economy would not have reached here where we are currently. In an Indian social scenario, the checks and balances which are very much needed, PSUs have done a tremendous job in playing that role of checks and balances. Housing and infrastructure go hand in hand. The kind of human resources and knowledge base which PSUs have is perhaps very difficult to find. At the same time, this also faces challenge and criticism in the public domain. We all know that PSUs also have to fulfil certain social responsibilities, which often private sector may not be able to take up. We should also be aware of the challenge that often meeting up various sectors for the private participation is the need of the day and perhaps that is what is going to happen in future. Keeping that in mind, public sectors also have to introspect. There is certainly a need for more operational flexibility, but also there is a need to look at the profitability within the PSUs. We know that there are social responsibilities but why profitability is important is because that will bring more and more professionalism and effective use of resources. That sensitisation is absolutely necessary. The PSUs will have to keep on pacing their growth, along with the challenges that will come. Moreover, urbanisation and housing are very critical and by 2050, it is expected that more of the population will be in the urban areas. If we just allow PSUs to keep on with their routine work, and they do not associate or don’t give people place in the ambitious missions of the government, then certainly there is going to be a disconnection. Until 1990, the social factor mattered more than any of the commercial sectors, and to this end, lot many appointments were made, so much so that if you see the figures of the 1989-90, there were 24 lakh public sector employees. Unfortunately, these became synonyms with letharginess, ineffectiveness and all such negative things. However, with liberalization, things changed, and within 10 years of the post-liberalization period, the turnover itself multiplied by nine times in public sector enterprises and profitability increased by 35 times by 2001. There are 292 public sector enterprises in which the Government of India has invested about `9.51 lakh crore so far and the turnover today stands at around `20-21 lakh crore. The profits are around `1.29 lakh crore after the payment of taxes. As many as 44-45 enterprises have been listed so far, which is almost five per cent of the total listed companies and this five per cent is having a market capitalization of around 20 per cent of the total capital market in India, which is also a complimentary thing for the public sector enterprise. But, there is a need for further improvement and there comes the reform process, which has gone substantially of very high order throughout the world in public sector enterprises. At the same time, the Government of India has taken many good initiatives towards reforming the Public Sector Enterprises (PSEs). Our country is facing a number of challenges, which are common to many of the developing nations, including education, health, etc. And, solutions to these issues are very complex in many cases. However, since Independence, the public sector enterprises in these facets have played a good moderating role for the inclusive growth of the society. As an instance, for water management, there are various public sector enterprises that play a huge role. Similarly, in health services, so many public sector enterprises are there. The same goes for the education and energy sectors. The coal and oil PSUs have played a huge role in the country. Looking at the transport sector, it is indeed difficult to find a match of DMRC, one of the best and most efficiently running railway metro networks in the world. Also, most of these public sector enterprises in the 50s were established in the remote areas. Nothing was there except land, and even the agricultural land was not sustaining the populations there. It resulted in employment generation in those areas. Establishment of ancillary units, schools in their own areas also led to employments. There are so many small establishments which automatically sprout up apart from the ancillary unit. Times are changing and the PSUs need to be allowed to be free in many ways. Our mission is to promote sustainable habitat development to enhance the quality of life and that is the contribution we want to make for the nation. The key objectives include providing long-term finance to housing and urban development programmes – setting up satellite towns, industrial enterprises for building material, etc. Moreover, in keeping with the objectives, the major activities include financing housing, urban development through infrastructure projects. We also offer consultancy services and a lot of focus is on building technology for both promoting new materials and encouraging building material industry and training and capacity building. Further, there are the implementing agencies, primarily state governments, urban local bodies and also the community sector, corporates, private sector and of course the last individual too. We have sanctioned almost 17,000 projects cumulatively, which also include housing and infrastructure. Today, almost every 16th house in the nation is supported in some way or the other through HUDCO. Our operations are not just urban, but also rural. Apart from housing, we also look at the extended infrastructure and all the supporting infrastructure that goes into making a house liveable.