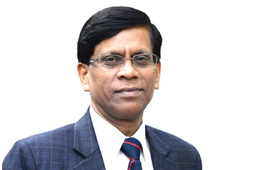 Having been one of the top tourist destinations for ages, now Goa is making an all-out effort to earn the reputation of also being the most favoured IT destination. R K Srivastava, Chief Secretary, Government of Goa, dwells on the IT opportunities in the State and the new IT Policy to be announced soon in an interaction with Nabin Sinha of Elets News Network (ENN) In the backdrop of the Digital India programme announced by the Government of India, what are the fresh initiatives and opportunities in Goa?

The State of Goa has well received the Digital india initiative. Fortunately, the State has pursued various Information Technology based programmes on a very high scale for the last several years now. We have provided connectivity to all Panchayats and government departments, apart from bringing Education, Tourism and a number of other services online.

The government is in the process of ensuring a higher level of eGovernance in terms of making available facilities and public utilities. The IT Policy, which will be announced shortly by Chief Minister Laxmikant Parsekar, is aimed to boost investment in the IT sector. The State of Goa would soon become biggest hub for IT sector,investment and other facilities.

What are going to be the salient features of the IT Policy? Can you throw some light on its highlights?

The elaborate policy would be announced by the Hon’ble Chief Minister. But yes, I can tell you that the State Government’s idea is to create an investor-friendly environment, so as to attract more and more investments. There is going to be a ‘Single Window’ system for projects and other clearances, so as to put in place a hassle-free system. This would also take into account the allied facilities. These steps are bound to attract both national and international IT companies to the State.

Goa is going to create a state-of-the-art IT Park for software development, while a huge Electronic System Design & Manufacturing (ESDM) Parkh as been cleared by the government and land has already been acquired for the purpose. We are also in the process of granting a large number of incentives to the IT sector, so that Goa offers a better deal to the companies than other states. So far as development of the IT sector is concerned,political leadership cutting across the party lines is on the same page.

Goa is going to create a state of-the-art IT Park for software development, while a huge Electronic System Design& Manufacturing (ESDM) park has also been cleared by the government and land acquired for the purpose

Talking about the land for setting up ESDM Park, approximately 140 acres of land has been acquired for the purpose with all clearances.All other infrastructure facilities have also been planned, including electricity. Tenders for providing road infrastructure have been floated as well.

In what ways these initiatives will benefit the State?

The priority is to encourage investment and boost the ESDM sector, so that it may add to the overall GDP of Goa. The demand for technology products has registered a significant growth. We understand that the demand for electronic products will increase by $400 billion by 2020. We would endeavour to ensure that a major chunk of it comes to Goa. The State is striving hard to become the next IT destination,catering to both domestic as well as international market.

What is the present state of affairs of IT services in the State?

The state has the distinction to have achieved cent-per-cent IT-enabled services. We have broadband connectivity with village Panchayats and two-way communication system with Gram Sabha and other local bodies across the State. All government programmes are being announced well in advance and are displayed on the State Government’s website. The digitisation and IT-enablement of services are among the highest priorities of the Chief Minister, inline with the policies announced by Hon’ble Prime Minister Shri Narendra Modi. We have 74 IT-supported public utility services under the eGovernance mode.

How do you think this is going to help people?

Goa has been one of the most favoured tourist destinations across the globe since ages. Recently, it was also ranked 6th in the list of ‘Top 10 Nightlife Cities’, thereby earning the distinction of being a ‘safe tourist destination’.That being the reason, in the days ahead, we are expecting still larger volumes of tourists to the State. So, we have enabled several online services like booking of hotels, motel transport and other facilities for tourists, including sea based water sports and numerous other services. It not only facilities tourists as they save lots of time but also provides assured employment to the local people.

The recent linking of services with the Geo Information System (GIS) has helped people at large. The State’s IT development has been hailed by several national and international forums like NASSCOM and others.

What other public utility services are available online?

There are quite a few of them. Everyone benefits from services like Public Distribution System (PDS), which has helped in eliminating pilferages and other issues. The land records, transport facilities and lot many citizen-centric services are on e-Governance mode. The government citizen interface is very quick and on your fingertips. We are planning to have entire services on Mobile network; so, we will soon have mobile-based services in Goa.

In the field of Education, all schools have been connected with broadband and tablets have been provided to each and every student. In other words, students of Goa are experiencing the new-age education. It is one reason that the standard of education in government schools are at par with the international standards.

We understand that the demand for electronic products will increase by $400 billion by 2020. We would endeavour to ensure that a major chunk of it comes to Goa.’ The State is striving hard to become the next IT destination

What is the future road map for growth and expansion of IT services in Goa?

Our Chief Minister has fully synchronised the State’s IT activities with the PM Modi announced Digital India mission. The State aims to go now for the second and third-generation of digitisation, like putting online all land records, government files, etc.

All these initiatives are aimed at giving more facility to people and to create a vast potential for IT-enabled services, so as to get greater investment and more job opportunities for the youth of Goa.

The focus of the Chief Minister is that apart from being a top Tourism destination, Goa should also register its presence as the best IT and Digital destination in the country.