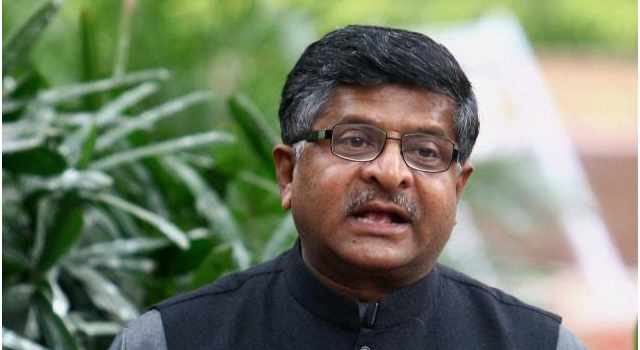 Foreign Direct Investment (FDI) inflow in the telecom sector touched $2,853 million in 2014-15 (up to February 2015), Ravi Shankar Prasad, Minister of Communication & IT, has said.

Some of the key achievements of the ministry under his leadership were enumerated as following:

· Highest ever auction proceeds of Rs. 1,09,874 crore, against the approved reserve price of Rs 80,277 crores. This could be achieved because of good governance practices, identification of Defence Band and release of Spectrum from Defence Ministry, which has been pending for more than six years.

Initiatives to revive BSNL and MTNL

· BSNL is in the process of setting up 25,645 new base transceiver stations (BTSs) in Phase-VII of its expansion plan at a cost of Rs 4,805 crore, its first such investment plan in over five years. 15,000 such BTSs were installed in the last one year.

· BSNL and MTNL have launched unlimited free local calls from landlines to any landline/mobile during night hours effective from May 1, 2015.

· Full Mobile Number Portability (FMNP) notified to allow subscribers to retain their mobile number across the country and enable linking the mobile to Aadhar completing the JAM (Jan Dhan-Aadhar-Mobile) trinity of unique identity.

· BharatNet (National Optical Fibre Network – NOFN ) is the largest rural connectivity project of its kind in the world, seeking to link each of the 2.5 lakh Gram Panchayats of the country, through a Broadband Optical Fibre Network. The work of laying optical fibre network has been speeded up (by 30 times) in the last 10 months. To make the entire project more effective in tune with the Digital India programme, a committee was constituted for further improvement and speedy implementation to serve the larger purpose of Broadband to all. Conference of State IT Ministers was held to discuss the report of committee. Many State governments have agreed in principle to effectively collaborate in implementation of Bharat Net.

· 13264 Post Offices have been migrated to Core Postal Life Insurance.

· Sukanya Samridhi Yojana launched on January 22, 2015, has now more than 47 lakh accounts with a total investment of more than Rs 570 crores.

· Kisan Vikas Patra re-launched on November 18, 2014 has attracted investment of about Rs 2600 crore.

· Speed Post revenue grew to Rs 1470 crore in 2014-15 from Rs 1369 crore in the previous year. In CAG report laid in Parliament on May 8, 2015, on the basis of a detailed test check in 8 States, it has been highlighted that the quality of Speed Post service is far better than that of private couriers.

· Cash on Delivery collections increased five times to reach Rs 500 crore in 2014-15 as compared to Rs 100 crore in the previous year.

DEPARTMENT OF ELECTRONICS & IT

· Digital India is a mission mode flagship programme, aimed at bridging the digital divide by providing a digital infrastructure for utility of citizens, digital delivery of services and digital empowerment.

· National Scholarship Portal for one stop solutions for scholarships for students.

· eBasta: Supports publishers to upload content, schools to collate and students to download on tablet, PC and Phone.

· Digital Saksharta Abhiyan (DISA): scheme expanded to cover 52.50 lakh candidates, when compared to a target of only 10 lakh last year.