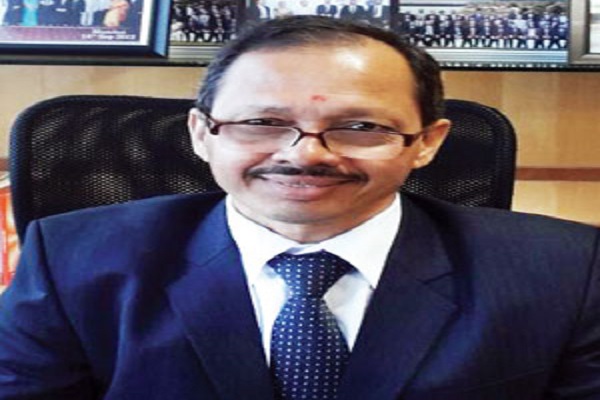 G B Bhuyan, General Manager – Financial Inclusion, Bank of Baroda, shares his thoughts with Poulami Chakraborty of Elets News Network (ENN) on the technology opportunities that exist in the financial inclusion space in the country.

How do you perceive the Pradhan Mantri Jan-Dhan Yojana initiative (PMJDY)?

This is one of the best steps ever taken by the government. We began with Financial Inclusion (FI) way back in 2005, which was referred to as bank-led initiative and is today known as bank-led financial programme as per the guidelines of the Reserve Bank of India. During 2005-2013, RBI revised its programme twice. The first guideline under the programme was to complete FI by 2012, which the bankers were not able to. Therefore, RBI has now introduced a segregated FI plan for 2013 to 2016, wherein all the six lakh villages across the country have been identified and allocated to the banks, out of which 5.9 lakh were not included in the banking sector. Most of these villages are in far-flung remote areas and cannot be covered under the banking sector as bankers have their own limitations. There are around 40,000 bank branches in these villages to handle this odd issue in remote places. Thus, it was difficult for banks to address this, unless government authorities came forward for the cause.

Government authorities can open branches from 40,000 to 6 lakh — one branch in every village, unlike the bankers, who have limited authority to address the issue. We, as bankers, tried to introduce various models — of which, Business Correspondent (BC) model is one of the most popular one. However, the problem with this model is acceptability by the villagers and developing that trust and credibility depends on the BC network and its viability. Now, with the government coming forward with the PM Jan-Dhan Yojana, this model in the banking sector will be given a boost and fill up to sustain better. The government has taken the right step to rope in government machinery for the benefit of the citizens of the country.

What initiatives has the Bank of Baroda taken towards financial inclusion?

There are several initiatives that we have taken towards this cause. In early 2011, our bank was trailing behind other banks despite adopting several business models of proven success. Then, we tried identifying the problems, and as a solution, the foremost thing that we have done is to introduce a sense of ownership within our organisation, which has helped us in building and boosting our confidence. Through this initiative, we were also able to create awareness amongst our branch managers that in the FI initiative, there is a business for the banker. The second initiative that is remarkable is BC remuneration, because if these Business Correspondents are financially comfortable, only then they will work under this model. So, it was important for us to pay them competitively. We started to restructure BC remuneration by giving them added incentives on a stipulated amount of account opening procedures.

The third good initiative that I would like to mention is opening of ultra-smart branches in remote villages, which is a step above the BC model. BCs are not credible for villagers as they might vanish after collecting their money. Moreover, the villagers have very small amount of money to save as their source of income is also low. We started sending all our officers and link branch managers with BCs in villages once a week, compulsorily. So, when villagers find managers and officers from banks along with the BCs they start believing on these people and automatically the business increases. With backdrops and branding for the BCs in association with the bank, people started trusting their money with us, resulting in a record number of bank accounts opened with us. The fourth important thing that we took up is to ensure that our BCs visit the villages everyday to ensure villagers have regular ease of banking.

Technology has gone miles in various sectors. How has technology been adopted by your institution for implementing FI?

We Indians are very good at technology and its exploitation. There is a constant competition amongst firms for newer technological advancements. However, what is needed at this juncture of advancement is a technology that will provide seamless connection to me and my network, which will ensure connectivity to all even in far-flung areas. We may deploy any technology, but it will not work if it does not talk to my people on a real-time basis. Seamless connectivity being the issue, today we face problems in our data centre reflecting on these transactions immediately.

On one hand, we are advocating a cashless economy, while on the other, we are installing ATMs everywhere, helping people withdraw more and more. It is high time the government addressed these issues

For banking, we use two kinds of technologies – GPRS for remote areas that does not have internet connectivity, and wherever there is internet, we have kiosks for reflection of transactions. But, both have their limitations. We have more than 5000 kiosks spread across the country, which is the highest number recorded yet. Another area of evolution that has picked up reasonably over the years is mobile banking, which enables customers to bank on their fingertips. None the less the problem lies in the fact that people in rural areas need more awareness and education on these initiatives.

Access to ATMs and frequency of its distribution is a basic problem that people have faced in rural years, with little done to the issue. How can this be resolved?

The main issue is that we are a cash-oriented economy, but we need to move towards cashless transactions. The density of merchant POS (Point of Sale) machines needs to be increased in almost all types of market transactions. Problems like low density of ATMs, no cash, or out-of-service ATMs, can be addressed through cashless or contact-less transactions. In my opinion, ATMs should be banned. On one hand, we are advocating a cashless economy, while on the other, we are installing ATMs everywhere, helping people withdraw more and more. It is high time the government addressed these issues.

Instead of increasing the density of ATMs across the country, it is important that we increase the density of POS machines, providing one to each vendor and the required connectivity. Even in malls, these machines do not have wireless connectivity. We need to improve on these services to make money readily available in cashless mode across the country.

How far do you think is our economy from going cashless?