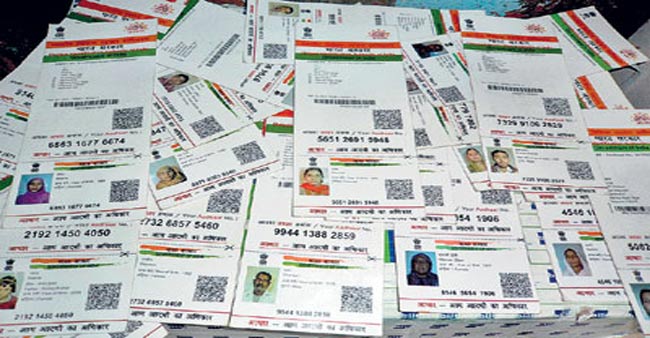 The Unique Identification Authority of India (UIDAI) has enrolled over 80% convicts and 70% under trials for the Aadhaar card scheme in Chhattisgarh.

Prime Minister Narendra Modi has directed Union home ministry and Unique Identification Authority of India (UIDAI) to ensure enrollment of all inmates across the country.

The Aadhaar card scheme would enable the convicts and under trials to avail government sponsored welfare scheme.

Dr Kamalpreet Singh, Director Food and state Nodal Officer for the Aadhaar Card Project, said that of the 7254 convicts, 5959 have been enrolled for the scheme. He said 6955 of the 9949 under trials have also been enrolled.

About 1.21 crore (47%) have been enrolled and one crore (38%) Aadhaar cards have been generated in the state till date.

As per UIDAI figures over 70.8 crore Aadhaar numbers have been issued across the country. Nine states/UTs, including Andhra Pradesh, Telangana, Kerala, Delhi and Himachal Pradesh have crossed 90% Aadhaar coverage, while a further seven states/UTs have Aadhaar coverage between 75% and 90%, he said.