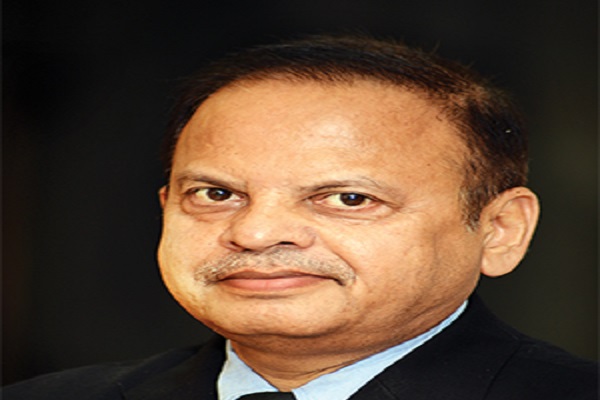 We are focussing on reaching out in local languages, says Dr Govind in conversation with Souvik Goswami of Elets News Network (ENN)

Give us an overview of the National Internet Exchange of India (NIXI).
NIXI is a not-for-profit organization under Section 25 of the Companies Act 1956 and was registered on 19th June, 2003. It was set up for peering ISPs among themselves for the purpose of routing the domestic Internet traffic within the country, instead of taking it all the way to the US or abroad, thereby resulting in better quality of services (reduced latency) and reduced bandwidth charges for ISPs by saving on International Bandwidth. Subsequently, addition of sovereign functions, like .IN country code, top level Domain Registry as well as National Internet Registry (NIR) for allocation of IPv4 & IPv6 addresses, were added. These activities have further opened and enhanced the scope of NIXI activities. NIXI as an internet exchange needs to evolve with the larger ecosystem of the Internet to include content service providers, other valueadded service providers, Registrars of .IN Registry and affiliates of NIR to play inclusive role in the growth of Internet in the country.

Prime Minister Narendra Modi has kick-started the ‘Digital India’ campaign. What is your view about it?
It is a great initiative undertaken by Prime Minister Narendra Modi. It is being steered under the able leadership of the Hon’ble Minister for Communications and Information Technology, and Minister for Law and Justice, Mr Ravi Shankar Prasad, and executed by Mr R S Sharma, Secretary, DeitY, Government of India. It has various components. One is the connectivity part and it is indeed an important component. At present, there are 235 million broadband subscribers in India. The government is aiming to take it to 337 million by 2017 and by 2020 it has set the target to increase the number to 600 million. Apart from this, broadband connection will be taken to villages up to the panchayat level in the country. Under the National Optical Fibre Network (NOFN) programme, 2,50,000 panchayats will be covered.

So, the Digital India programme will have two basic components of connectivity and content. How does NIXI see its role in the programme?
NIXI will play an important role as we will be providing the domain names. At present we are running the .in registry for high-end domain and this is in English. We are proposing .bharat in a variety of Indian languages. We launched .bharat in Devnagari script in August 2014, along with various languages like Bodo, Marathi, Konkani, Dogree, and Nepali. Once the websites are in Hindi, people would like to see the content in their local languages as well. Here comes the role of NIXI. We are putting in our efforts to make websites available in all the local languages of the country.

How does NIXI to live up to the challenge? Also, given the allpervasive presence of social media these days, how do you plan to exploit its power?
Now that we have already launched .bharat, our next focus is to launch .bharat in other languages. Once it comes into reality, we will do massive campaigning in the villages, so that people know that there are domain names in local languages as well. Besides, we will also be leveraging social media in a big way, so that we can engage it to see how can be .bharat/.in domain names used in a better way. People can give their suggestions.

“m-Governance brings huge scope and opportunities as 900 million people have mobile in their hands in the country at present. The mobile platform is going to play an important role, especially in the villages where computers and devices have not reached.”

Please elaborate on the new initiatives of NIXI.
The other area of focus for us is to create leadership training programmes for the young leaders in the Internet area. We already have NIXI Fellowship Programme and we train the young minds in the areas of cyber security and Internet governance. We are focusing on skilling the youth of the country in the field of internet governance.

As you said, connectivity will be an integral to the “Digital India” programme. But connecting India still remains a challenge. What is your opinion on that?
The major challenge will be developing applications and reaching out to the last mile. How can you reach out to people beyond panchayats? That will be a challenge. The low cost and affordable devices have to be provided, along with contents to the last mile villagers. All these have to work together so that the villagers know about the usefulness of internet as an effective tool for their future generations.

Do you think that m-Governance is the path to follow in future?
m-Governance brings huge scope and opportunities as 900 million people have mobile in their hands in the country at present. The mobile platform is going to play in important role, especially in the villages where computers and devices have not reached. Smart phones will be the future. I was told that, even in some smart phones content is being provided in some local languages. This is important as content is the king.

Share your vision for NIXI with us.
Our aim is to reach with the .in domain to 10 million users in the next five years in the country and then reach out to the people in local language domain names with .bharat registry in Tamil, Bangala, Urdu, Telgu, Gujarati, etc.