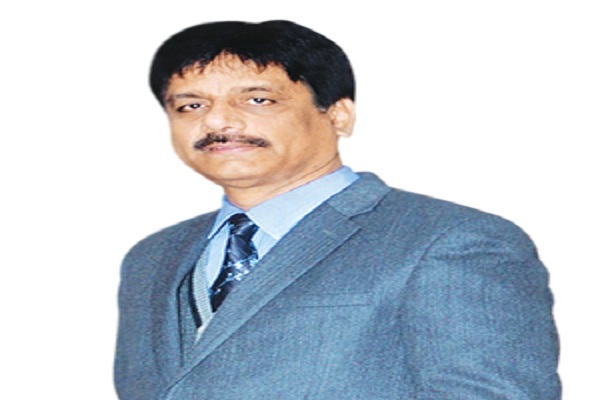 Fulfilling the mandate prescribed for NABARD, it has aided financial and non-financial institutions in Kerala enabling them to help contribute to the overall development of the state, writes Ramesh Tenkil, Chief General Manager, NABARD, Thiruvananthapuram

At the National level NABARD was set up as an Apex Development Bank with a mandate for facilitating credit flow for the promotion and development of agriculture, small scale and cottage industries, handicrafts and other rural crafts as well as to promote sustainable and equitable agriculture and rural prosperity through effective credit support, related services, institution development and other innovations in the rural milieu. This mandate is uniformly spread across the nation and implemented through the various offices of NABARD in each State.

Kerala has an area of 38.86 lakh hectares and has the Highest Human Development Index in India, comparable to some of the developed countries. The state has the highest literacy rate in India at 94 percent. Almost 52 percent of the 333.87 lakh population live in rural areas.

Kerala’s agriculture is characterised by small land holdings that is one of the lowest in the country. Around 90 percent of the net cropped area is dominated by plantation crops like rubber, coconut, tea and spices. The share of agriculture and allied sectors in the Gross State Domestic Product is declining rapidly in Kerala. The state’s agriculture economy has undergone a structural transformation by switching over a large proportion of its traditional crop area devoted to subsistence crops like rice and tapioca to more remunerative cash crops like rubber.

Fulfilling the mandate prescribed for NABARD its regional office in Kerala prepares a base document called the State Focus Paper that contains the annual plan for the state as well as credit planning for banks operating in Kerala. This is an aggregation of the Potential Linked Credit Plan (PLP) prepared by NABARD for all the 14 districts of Kerala.

Based on the credit and non-credit potential available in the State NABARD supplements, the Annual Action Plan by providing refinance to Commercial Banks, Regional Rural Banks and State Cooperative Bank on behalf of the District Central Cooperative banks.

For the year 2013-14 NABARD provided `2460 crore as investment credit to the above financial institutions. This assists in capital formation in agriculture. For the current financial year, NABARD has committed to release refinance to the extent of `2583 crore as long term refinance. Additionally, `1860 crore was provided as production credit (Short Term) during 2013-14 and `2000 crore has been committed for 2014-15.

The Government of India had instituted a Rural Infrastructure Development Fund (RIDF) in NABARD as a dedicated source of fund for the completion of various infrastructure projects in rural sector that were abandoned for want of fund constraints. The RIDF funds the state government for creating rural infrastructure projects that have relevance to the overall development of the rural economy. Thirty-one activities like rural roads, bridges, schools, irrigation systems, warehouses, etc. are eligible for funding under the project. NABARD, Kerala, had sanctioned `1004 crore and `1000 crore during 2013-14 for projects under RIDF.

The importance of Primary Agriculture Credit Societies (PACS) and the imperative to strengthen these institutions cannot be undermined as they provide the last mile connectivity to the farmers. NABARD supports business diversification efforts of the PACS in Kerala by extending financial assistance to them. As on date loans amounting to `37 crore has been sanctioned to 15 PACS in the state for the purpose.

NABARD has also extended financial support to set up PACS Development Cells (PDC) in District Central Cooperative Banks. The PDCs shall act as friend, philosopher and guide to selected PACS under the DCCBs.

The importance of community participation in natural resource management has been the hallmark of NABARD’s intervention in the sector. The participatory approach to watershed development is a model that is being adopted by the state government in their watershed projects. NABARD has through its Watershed Development Fund supported several watershed projects in the state. Under the Umbrella Programme for Natural Resources Management (UPNRM) a large spice processing unit has been financed by NABARD in Wayanad district.

NABARD is also involved in the development of tribals and provides grant support to NGOs under its Tribal Development Fund (TDF). Ten projects with a total outlay of `24.30 crore have been sanctioned for the welfare of tribals in the state.

As in the rest of the country, in Kerala too NABARD had pioneered the concept of Self Help Groups (SHGs) and nurtured its growth. It is one of the founding members of the Kudumbashree which is considered as a model for development. The concept of SHGs has gained ground and is the backbone for many of the interventions of the state government. As a corollary to the SHG movement NABARD supports the promotion and financing of Joint Liability Groups (JLGs).

“NABARD facilitated the introduction of Core Banking Solutions (CBS), which forms the backbone for banking operations in Cooperative banks. Eight banks together with the Kerala State Cooperative Bank are being assisted by NABARD for bringing these banks on the CBS platform.”

Financial Inclusion has been the major plank on which NABARD has been continuously working for the past decade. With the launch of PMJDY NABARD is involved in financing banks to set up Financial Literacy Centers (FLC) through the Financial Inclusion Fund across the state. With this support the State Level Bankers Committee (SLBC) has now declared coverage of 100 percent FLCs in the state. The Cooperative banks and the RRBs have also been financially assisted for issue of Rupay Cards. For creating awareness camps in all the Panchayaths Kudumbashree was provided financial assistance by NABARD. Some of the initiatives under FI include radio and TVjingles on Financial Literacy, jingles in select railway stations etc.

The cooperatives in Kerala are known for their financial strength and robust structure. Mainstreaming cooperatives and making them more competitive by enabling them to provide all services that are being offered by other commercial banks. NABARD facilitated the introduction of Core Banking Solutions (CBS), which forms the backbone for banking operations in Cooperative banks. Eight banks together with the Kerala State Cooperative Bank are being assisted by NABARD for bringing these banks on the CBS platform.

To promote sustainable and equitable agriculture and rural prosperity in the state through effective credit support, related services, institution development and other initiatives. To drive technological innovation in all cooperative banks including PACS and to form and support producers organisations in the State.