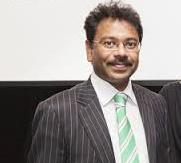 Dr Suman Billa has been appointed as Joint Secretary in the Ministry of Tourism, Government of India. A 1996 batch Kerala cadre Indian Administrative Service (IAS) Officer, Dr Billa was Secretary – Tourism, Kerala, prior to this appointment.