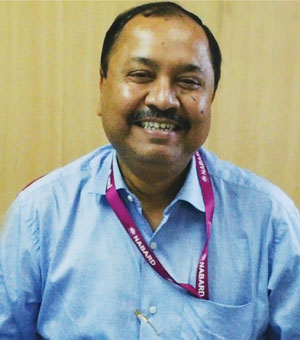 IT has kicked off a phenomenon with the digitisation of banks, but still more needs to be done, says Subrata Gupta in an interview with Kartik Sharma & Poulami Chakraborty of ENN

Digitisation and technology implementation has brought a revolution in almost every sector. Share with us your how you think the same has been implemented in the governmental operations over the year.

There is no stronger and more concrete an evidence of how vigorously IT implementation has changed the scenario in operations across sectors than banks. Almost 15 years back, banking could be considered a routine and a rigorous time consuming procedure. However, the difference between drawing money now and then is quite clear. It is an easy, less time-consuming procedure today.
The evolvement of information technology and its utilisation has surely assured the end-customers an ease of operation and easy handling, with additional time-saving. However, we need to acknowledge that the back-end complexity has reached new heights. The process involved for delivering seamless and easy service to customers, involves complex proce dures and build-up at the back-end, leading to service providers to go through several firewalls to ensure superior security in the system.

How has NABARD implemented IT in various functions and operations?

During the 1985-86 period, when computer was first introduced in our country, NABARD was one of the first institutions to utilise computers in its daily work procedures. However, the progress in usability among staff has not progressed much in comparison to the progress in IT, and this was primarily due to an unknown fear and ambiguity about it in mind.
At NABARD, we have an entirely computerised human resource system with minimum human interference. We also support a fully computerised accounts system for large-scale banking. Besides these, we are also in the process of implementing a completely new package, wherein we will have a totally computerised accounting for all sorts of our functions including treasury, finance and accounting.

Communication is considered as the string that connects all the strata of the community as well as industry. How well has communication been utilised by NABARD to connect with people,including Tier II and Tier III cities?

At NABARD, we have a centralised email system through which we are regularly connected to everybody in the team across locations. Through this intranet connection, we share information and documents within our employees network to continue with a seamless connectivity. We also have 403 District Development Magistrates who are in charge of our operations in the Tier II and Tier III cities. They are also connected to us through our online medium which in turn keeps us in loop with those cities as well.

What are the stress areas that NABARD has experienced while implementing IT in its operations?

The main stumbling blocks we come across while implementing IT in our operational networks relate to the changes in procedure and the mindset of our staff. People find it difficult to get adapted to any new technology introduced in the system. To overcome this handicap, we regularly hold meetings within the institution to communicate with them and elaborate on the importance of IT implementation in our department.
Also, when the IT implementation is complete without any human interference, there are several stages of communication procedure to get the process completed. Hence, this is a time-consuming procedure and often a painful task to handle.

Share with us a few projects that NABARD has accomplished well with the help of IT.

There are numerous such projects wherein we have implemented IT and have been wellaccepted y receivers across. We played roles in support to several institutions for advisory purpose. We have a fully IT-supported pension schemes and also supported several banks for Smart Cards and incurred the cost involved for Rupay Debit cards for banks.
We have also introduced Kissan Credit Card (KCC) and mobile application that ensures quick access of it through mobile. Initially this was introduced among personals wherein, both buyers and sellers are from the same bank, however, now it is easy among all others, except for the processing time. Mobile Payment facilities are also available for farmers which take him only two phone calls and a SMS to process the entire procedure saving on their time, energy and resource. We have a unique combination of technology, Cloud Computing and vendors TCS and Wipro; which give us a privilege us of a superior technological background.

Inflation is the recent cause of concern and has dug a hole in almost every pocket in the Indian economy. What are NABARD’s initiatives in controlling the situation of high food inflation?

Food inflation is the biggest challenge that the country faces and is considered most stubborn in protein-based nutrients — milk, egg, meat, and fish. Though we are inclined in measuring inflation through monetary measures, but unless we remove the supply constraints, longterm inflation reduction in these commodities is not possible. Nabard’s priorities are to reduce inflation in these commodities.
In certain cases, we need to encourage lending to certain specific activities. Protected agriculture, or agriculture in controlled conditions, which is efficient agriculture and supports minimal use of water and fertiliser, should also be encouraged. In controlled conditions, we have lesser pests also. It’s possible to some extent in tomatoes and potatoes. Nabard has initiated three pilot projects — for potatoes in Hooghly, West Bengal, for tomatoes in Karnal, Haryana and onions in Nashik, Maharashtra — with an outlay of Rs 35 crore.