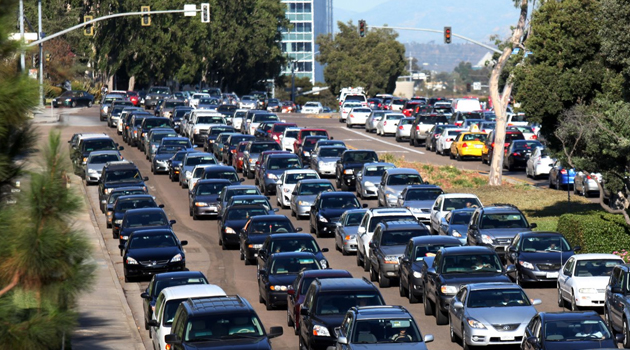 “Our dream of sustainable inclusive development can be achieved only through public transport,” says Sanjiv N Sahai. In a conversation with Nayana Singh and Rama Sinha, Elets News Network (ENN)

Please throw light on the origin of DIMTS and its core operations.

The Delhi Integrated Multi-Modal Transit System Ltd. (DIMTS) came into being as an effort of collaboration between the Delhi Government and Infrastructure Development Finance Company Foundation (not-for-profit organization). Essentially, the engagement of the Infrastructure Development Finance Company (IDFC) and DIMTS was to provide an enabling environment to enhance managerial competence. Management company tools were included so that DIMTS was not hamstrung and had the agility and flexibility that a private sector has. At the same time it remained accountable to the Public Sector.

What has been the contribution of DIMTS towards the transportation sector?

The railways division of DIMTS provides engineering services for railways sites such as track alignment etc. A very important component of DIMTS is also our transportation and traffic studies where we have lots of simulation about various cities. We have come up with Comprehensive Mobility Plan, looking at the cities as a whole. For example, if an individual has to wait at a traffic junction, what will happen can be simulated for people to see. Once in past, the then united Municipal Corporation of Delhi (MCD) wanted to construct an underpass at Dayal Chowk. We did a simulation and showed to the government that the underpass would actually worsen the traffic situation in a couple of more places. After seeing the simulation, they shelved the project. Otherwise the government would have spent an amount of 70-80 crores. In that case intervention of the DIMTS actually helped Delhi Government.

DIMTS act as program managers for the transport department also the orange coloured busses running in the state, which are about 1200 in number, are functioning under the Cluster Bus Scheme. The entire scheduling, fare collection, service level management, on-time performances are taken care of by us. We monitor and manage them. It is done through an intensive IT system and carries more than 1000 passengers per bus every day. Effectively we are actually carrying about 1.2 million or 12 lakh people daily. That too, cost wise we are far more efficient than DTC buses.

We also do Intelligent Signaling. This is being done in the cities of Ahmadabad, Surat and also for the BRT corridor in New Delhi.

Brief us on the online initiatives started by DIMTS. Also tell us about the benefits it has brought in for the people of the state. 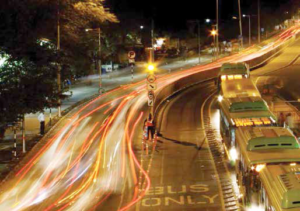 DIMTS has started several online initiatives in order to make travelling easier for the people. The bus info application is for those multitudes of people who commute by buses every day. Our GPS enabled transit mode will prove useful for all bus users, even the relatively recent users. Now once you enter the destination on any of the junctions, it will tell you about all the details- like the expected arrival time of the buses, available routes and the fare. DIMTS has also introduced user friendly application- Tell Tail. The panic press button is another such application. There are many such applications available in the market. But our application’s uniqueness lies in the fact that one does not have to have a GPS enabled phone. If a Delhi public transport commuter just informs about the vehicle number, in which he or she is traveling, to a person, that person can keep a track of that bus’s whereabouts. It lessens the anxiety and this information is very useful for the relatives and friends to locate the traveler.

99 percent of the people working in DIMTS come from the private sector. This segment of the workforce does not understand government processes. My previous work experiences with the public sector have helped me to develop a deep understanding of the work procedure followed by the government sector. Also, I am well known in the circle of important government people, which helps me to communicate with them better. There is a trust factor which comes in as a result of working with each other for several years. A person from the private sector may have found it a little difficult especially in the initial stages.

DIMTS has been created in such a way so that it can have benefits of both the private and public sector. We have the talent pool of the private sector and the accountability of a government organisation. That accountability comes from the Board of Directors which includes Chief Secretary as its Chairman and Member Finance as the Principal Secretary. I think that this kind of model works well. Old school audits or vigilance approach cannot work in these models. Thereby, DIMTS model works best.

What kind of work has DIMTS done in the other states of India and abroad?

We have moved ahead as an organization and established our reach in a number of Indian cities and even abroad. We won the bid for designing the BRT Corridor in Addis Ababa, Ethiopia after quashing bids from UK and Germany. We are providing Intelligent Signaling in Surat, Rohtak and in few towns of Madhya Pradesh. A lot of advisory services are being provided in Himachal Pradesh monorail project by us. We now basically urge to spread our wings as well as share our leanings with others. DIMTS has become a model of study for many foreign countries. Recently we received delegations from Sri Lanka and Egypt. Some of the delegations were sponsored by the World Bank.

What is your vision regarding the transportation sector and what is the roadmap for its development?

Our vision is that the public transport should be used for bulk of the trips. Studies have shown that 25 percent of the pollutants come from private vehicles. Our dream of sustainable inclusive development can be achieved only through public transport. Every living city has public spaces for equal participation by the elite and working classes. You have large parks, city centers and other public areas for social interaction to happen. So there has to be a shift in the mindset of people so that they get ready to use public transport as a part of their daily lives.