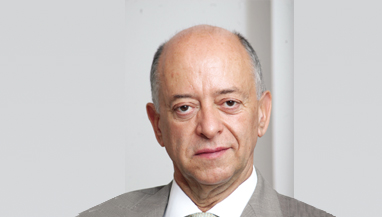 Mexico, the second largest IT market in Latin America has adopted an exceptional approach to e-services. HE Jaime Nualart, Ambassador of Mexico to India, in conversation with Shahid Akhter, Elets News Network (ENN), shares his insight on the dynamic IT changes in Mexico

Please provide us with an overview of the usage of IT (in e governance) in Mexico?
Mexico, being the second largest economy in Latin America and the fourth IT services supplier globally, has taken important steps to tackle and reduce the digital divide. IT, in that matter, is a powerful tool to reform public administration, to transform the institutions and its interaction with the citizens and to increase connectivity. The main objective of the usage of IT at a governmental level in Mexico is, as in any other country, to improve the quality of public services offered, the promotion of efficiency and the access to information.
As it was stated by the OECD, Mexico has been “focusing on the widespread application of ICT, the dissemination of information and the production of as many online services as possible. This contributed to an international recognition of Mexico´s performance and e-government development”.

What recent transformations have taken place in Mexico’s IT arena?
The Mexican government implemented some programmes in the 90s to address this issue. However, it wasn’t until 2002 that an increasing number of initiatives were established. In that year, former President of Mexico, Vicente Fox, through the Presidential Office for Government Innovation, launched an e-government initiative as part of the Presidential Agenda for Good Government with the aim to improve transparency and accountability.
In the 90s Compranet was developed by the Ministry of Public Administration and implemented very successfully. It is a web-based national and international bidding system for government projects in Mexico regarding goods, services and public works that has increased transparency in the federal public administration.
After 2002 several deregulation measures were created.
Some of the most relevant initiatives were the enactment of the Federal Transparency and Access to Governmental Public Information Act (LFTAIPG) that “regulates the right of everyone to access to information held by the Powers of the government, autonomous constitutional bodies, the federal administrative tribunals and other federal agencies” and the creation of the Federal Institute for Access to Information and Data Protection (IFAI), which began operations in 2003 and is responsible for promoting and disseminating the right of access to information and to resolve the authorities refusal to respond to requests for access to information. IFAI is not subject to any authority and it adopts its resolutions in full independence.

How does IT impact the businesses and individuals?
Tramitanet Portal is a government website consisting of an online catalogue of over 2,000 federal and state forms with the purpose of centralizing the information and reducing the number of filings. Declaranet, for instance, is an online system that facilitates the financial and patrimonial declarations of public servants.

• DeclaraSAT, on the other hand, is an electronic tax filing system.

• The portal www.gob.mx is the main single access to the services offered by the Mexican government and it allows citizens to search in a simple and easy way for specific information.

• The implementation of the advanced electronic signature aimed to improve security operations and increase efficiency for the government, individuals and businesses.

What are they key elements of the IT agenda of President Enrique Peña Nieto?
With the announcement of the National Development Plan (NDP) 2013 – 2018, published in May 2013, President Enrique Peña Nieto established five main national goals and three cross-cutting strategies for the Mexican government.
The plan outlines the following goals: achieve a Mexico in peace; an inclusive Mexico; Mexico with quality education; prosperous Mexico, and Mexico as a global responsible player. As part of the main strategies, the government will ensure a responsive government and the efficient use of public resources; the use of new information technologies; and the promotion of transparency and accountability.
In that sense, the Mexican government is committed to improve the e-government agenda within the NPD, launching the Program for a Close and Modern Government 2013 – 2018. The program seeks to improve government efficiency and strengthen its relationship with the citizens. Its goal is to achieve a modern public administration using IT technologies.  The Mexican government is fully devoted to implement, strengthen and consolidate policies that improve government operation, the efficient use of resources, transparency and civil society participation, and accountability. Please tell us about the use of ICT in local and provincial governance?
The Ministry of Public Administration, through the Digital Government Unit, has developed in the last years cross-cutting strategies for electronic services, as Compranet, the electronic signature and the Single Registry for Businesses, among others, in which states and local governments can participate in order to improve the quality of its services. Collaboration with the state administrations has been a fundamental task of the federal government. This is relevant for establishing best practices schemes within states and municipalities and for improving the coordination with the Inter-Secretarial Commission on Electronic Government Development.