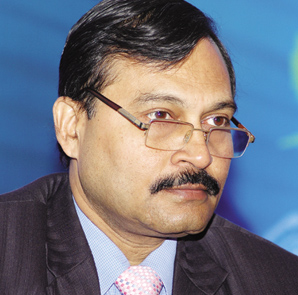 We have been told many a time by people that Bihar is a late starter. We may be, but if we have begun, it is for others to watch where we end up. The technological advancements have come to ameliorate our disadvantage of being a late starter if at all. World is moving fast on the path of technology. With the arrival of new technologies and proper vision and planning, we can convert our disadvantage into a highly competitive advantage.

” We have also given land for IT Park and given in principle approvals and cabinet approvals to many important policies. We have also started Angel Fund to help young entrepreneurs. Patna is suitable for IT companies and will benefit all. “

“We have been told many a time by people that Bihar is a late starter. We may be, but if we have begun, it is for others to watch where we end up”

In India, three to four years ago, we set out to connect universities with one gigabit per second connectivity, which was thought to be perhaps an overkill. In the states, we were with eight megabit per second connectivity, which we are still today. Do you see Bihar connecting its districts with 10,000 mbps connectivity and all its blocks with 1000 mbps connectivity at a lesser cost than what we spent for 8 mbps connectivity. Would you believe it? Hold on, you might find Bihar to be the first with this kind of connectivity in the country. Would you also believe that so-called laggard state of Bihar is no longer laggard and in a short time perhaps, we could boast of the largest and longest city wifi network in the country and world. People would say no, but then we wish to show them what is the place of Bihar in the community of people who are doing hard work for technological advancements.

Bihar has started its journey, acceleration is phenomenal, the ecosystem is developing very fast and the kind of leadership and encouragement that we are getting from the government and especially, the Chief Minister of Bihar is unimaginable. Please come to Bihar, invest and reap the benefits.