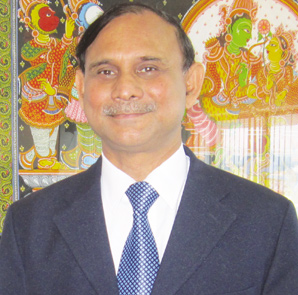 “We believe in providing the best possible care to all our employees. Once they become part of MCL,there life is taken care of totally,” says Animesh Nandan Sahay. In conversation with Nayana Singh and Kartik Sharma

Please tell us about Mahanadi Coalfields Ltd (MCL). How did the company come into being?
Mahanadi Coalfields Limited was carved out of South Eastern Coalfields Limited in 1992 with it’s headquarter at Sambalpur. It has its coal mines spread across Odisha including seven open cast mines and three underground mines under its fold. In 1992 we started our operations, so now the company is about 21 years old. When we started, our coal production was 23 million tonnes and last year we produced 108 million tonnes. So there has been consistent growth in last 21 years. In fact, we have been producing more than 100 million tonnes, since 2009-10 periods. This year we hope to do better.

We have basically two coal fields- Talcher and IB valley coal fields. Future programme is very ambitious and we are likely to produce around 350 million tonnes of coal in coming 15-20 years. So we will be tripling our production. I don’t see any technical problem as such, except for the clearance problems. If the clearances are available in time, land issues are sorted out amicably, than I don’t see any problem in achieving 350 million tonnes of coal production. Infrastructure, that is to say evacuation part is also very important. We are opening new coal fields in different areas of the State.

In your opinion what are the key initiatives that have allowed MCL to grow consistently over the years?
In case of MCL the major operations are open cast, so mechanisation is possible. For that reason growth is faster. Off course, the quality of the coal may not be that good, but we are making it up with quantity. We are in fact constrained by infrastructure; getting land is a big problem, especially forest land. Most of the land that we have is either coal bearing, which means that we can’t have infrastructure on that land, or it is the forest land. Another problem is that there are more than 400 villages around the coal mines. Shifting of this village population is a major problem. Where do we shift them? We can easily triple our production in next 10 years, if all these infrastructure and land related issues get resolved, but that is quite difficult, so we will take around 15-20 years for achieving this goal. I would also like to tell you that in Odhisa we are the only company to have opened new mines consistently and to have expanded effectively. When I came here in 2011, there was a mine called Bhubuneswari, which used to produce only 3 million tonnes of coal. But this year, if we get environmental clearance, this mine will produce 25 million tonnes of coal.

The coal sector is generally considered to be a very hard area for employees. What kinds of facilities are available to MCL employees?
We believe in providing the best possible care to our employees. Once they become part of MCL, there life is totally taken care of. Even the lowest employee gets more than ` 20,000 per month. We also provide total medical services to all the family members, including parents, if they are dependent on them. We don’t even blink to give `10 lakh for hip replacement for a father of our employee. We have access to good hospitals, dispensaries and trained doctors. We also provide our employees living quarters. Currently we are building new living quarters as well. We have a very liberal policy for giving jobs to land giver. Odisha government’s R&R policy says that as there are many fragmented lands and various land owners for any particular patch of land, the jobs have to be given to all. So, people in the state know that if MCL has taken their land, their interests will always be safeguarded. We give around 70-80 crores for a village. This is very liberal and lucrative. Like once I got a letter, written by 2 villagers, demanding that if we don’t start measurement of their houses and pay them compensation, they will sit in hunger strike. Problem is that there are certain people, who do not have any land in a village. We could not give them job, as the policy says, job for land.

How does MCL find the funding for providing all these benefits to the employees?
We generate funds through our own means. We are the highest tax payer in Odisha. Last year we paid around 2000 crore as tax out of our 6400 crores profit. Around 1200 crores we paid as royalty, apart from entry tax and other taxes. It all goes to the state. We are also spending around 100 crores on CSR related activities. We spend on sports activities also, we often organise hockey tournaments. Last year, we supported one little girl, who plays chess. We gave one lakh to her and now she is the world champion in under-10 category.

Odisha still has lot of scope in the area of human development, citizen-centric service delivery. What kind of work can MCL do in this area?
It is all about change. All over Odisha and in India, you have the dengue scare. But you will not find it in our areas. To improve the quality of education, we have nine DAV schools. We totally fund them. We give aid to other schools. Last year one of our DAV schools was adjudged to the second position in India in CBSE. We are doing wonderful job in education. It is already making a change. Since coal is located here, many industries are setting up their facilities here. This leads to more employment generation and more prosperity.

How important is IT integration for MCL to be working in transparent and effective manner?
It is extremely important. Actually we have been rather slow in using the best IT systems. About 15 years back, we did not recruit in this field. Then we picked it up. IT brings transparency. You cannot change figures. Earlier, younger generation was not there. In last 3-4 years, this trend is changing. Now you know, exactly what is happening. We are trying to curb thefts with the help of IT. Geo fencing, GPS based trucks, etc., are there. E-procurement is also important. In the beginning, we had glitches, but those are all sorted now. Things are getting faster. Now we do all through website, instead of spending crores in advertisements.

Where you expect to see the company in future?
Tell us about your vision for MCL and the entire coal industry of India. Our core business will be coal mining. But we also want to be energy provider. We want to go for power generation. We also aim to enter into a joint venture with the Odisha government in power transmission. We already have some assets earmarked for us. So, we will be in power generation and transmission. Apart from these, we are in talks with Paradip Port authority about taking over some of their berths. They have already agreed to give us these facilities on a nominal basis. In railways, we own the 52 km line in Jhasuguda route. We are funding 1000 crore for this project. Once it comes up, it will be completely our own rail line and it will enhance coal production in Vasundhara. Also we are planning for another line again from Basundhara to Nagpur route. Meanwhile, we are also looking to change the internal transportation of coal. Emphasis will be more on transportation through silos. In a nutshell, I would like to tell you that our priority is power generation and transmission and also having our own berth in port.