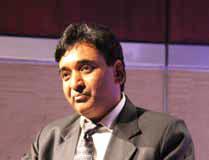 Maharashtra was at the top in Aaadhar card enrolments in the country, informed Rajesh Aggarwal , state IT secretary.

On Sunday, the UID card distribution programme attained the 50 crore mark in the country with enrolment in the state standing at 8.74 crore.

The nearest competitor in terms of enrolment was Andhra Pradesh, which had remained slightly behind the state for the past few weeks.

In terms of generation of Aaadhar cards, though, Andhra Pradesh was slightly ahead of the state.

To further speed up the process of Aadhar registration, the state government has decided to offer computer kits to around 35,000 common service centres, village-level entrepreneurs, and the ‘Sangram’ centres.

Madhya Pradesh, Karnataka, Tamil Nadu and Rajasthan followed the state and Andhra Pradesh in terms of UID enrolment and distribution.

In terms of the contribution of government offices in enrolling and issuing Aadhar cards, the state was the topper in the country.

It was followed by the Centre’s offices and the offices of Andhra Pradesh government.

Union Bank and Bank of India were two national organizations which were next in terms of contribution to the the implementation of the Aadhar programme.

After the city, Thane, Pune, Nashik and Nagpur were among the toppers on the list for successful Aadhar generation in the state.