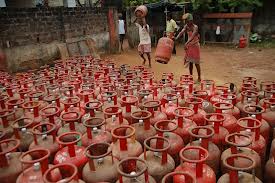 The Karnataka government and banks, based on the Centre’s guidelines, have decided to implement the Aadhaar-based Direct Benefit Transfer of LPG (DBTL) scheme in 21 districts.

The scheme has already been implemented in four districts — Mysore, Tumkur, Dharwad and Udup .

While DBTL will be launched in Uttara Kannada and Gadag on November 1, it will be implemented in six districts on December 1 and 13 other districts on January 1.

The chairman said awareness has been created among LPG consumers on the importance of account opening and Aadhaar seeding. “We will write to the oil companies and LPG distribution agencies to intimate banks about the progress of DBTL among their respective customers,” he said.

In the first phase, the scheme was launched in Mysore and Tumkur districts where 65 per cent and 63 per cent LPG consumers, respectively, linked their Aadhaar number to bank accounts, he said.

The scheme was launched in Dharwad and Udupi districts from October 1. The banks have been told to implement the scheme effectively in association with the district administration.

He said the list of 26 schemes of Central sector/Centrally-sponsored schemes identified for DBT has been circulated to all banks.

Jain said the State government intends to hold an ‘Edu Fair’ in association with banks, educational institutions and insurance companies from November 15 to 17 in Bangalore.