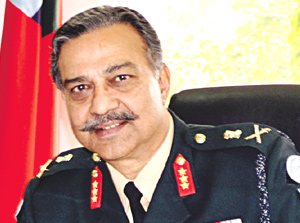 The Indian Army is set to trail blaze along the information pathway as it transforms into a netcentric force Lieutenant General Rajesh Pant, AVSM, VSM, Commandant, Military College of Telecommunication Engineering and Colonel Commandant Corps of Signals Colonel Dheeraj Kaushal, FCE, Military College of Telecommunication Engineering Mhow Communications are critical for all military operations. During the world war era, Armies used to rely on primitive systems and even send messages using pigeons to deliver important orders. Modern Armies use high-tech satellite systems, ultra high bandwidth optical fiber cables, radio based mobile adhoc networks and cognitive radio technology to make sure that all personnel in the battlefield are aware of the battle situation and function as a cohesive whole. Communications have become the greatest battle winning factor after soldiers and weapon systems. Under the netcentric doctrine being followed by most modern Armies, communications are perceived as the most important combat power enhancement factor.

Communications Technologies in Defense
The world has witnessed a strange role reversal as far as the relationship between Defence Forces and Communication Technology Providers is concerned. In the fifties and sixties, Defense was the most important and perhaps the largest user of communications. Communications technologies were developed keeping in mind Defence requirements. The Internet started out as the DARPANET in the US which was later adapted for civilian usage. Similarly the CDMA cellular technology was originally developed for Defence forces to avoid interception and jamming by enemy Electronic Warfare agencies. However, in the nineties, explosive growth in the sheer volume of civilian communications led to a new business model and thus the information revolution. This made service providers as the prime focus of the communications industry. In an intense,market driven economy, Defense requirements have today taken a backseat. Defense forces, all over the world are being increasingly forced to look towards Commercial-off the-Shelf (COTS) technologies to fulfill their requirements. While this is a winning situation for the industry, which is now able to service both the commercial and Defense sectors using similar technologies, this has often led to long delays in short listing of technologies for Defense usage and delayed fructification of important Defense projects. The Indian Army’s communication network infrastructure is looked after by the Corps of Signals. In the last two decades, the ICT infrastructure within the Army has undergone a paradigm shift mimicking the telecom growth in the country. The Army boasts of its own secure national converged network called the Army One Network. While details of the network are not widely known, this network is fault tolerant to meet military specifications and includes redundancy and recovery mechanisms for automatic traffic re-routing. The Army also operates its own cellular network in J&K providing carrier grade cellular facilities to soldiers involved in counter  insurgency operations. The Army’s satellite nodes are spread throughout the length and breadth of the country and provide communication facilitiesin remote and difficult areas like the Siachen glacier. The Army is also developing several hundred kilometers of optical fiber cabling to provide high bandwidth communications to support the exponential growth of communication traffic.The Directorate General of Information Systems(DGIS) develops applications for the Army.

The DGIS provides IT and ITES verticals, starting from software applications which manage the clothing requirements of Army jawans till complex decision support systems. The DGIS has equipped Army units and formations with necessary IT resources to usher in Army wide automation and assist operational information gathering and exploitation. Though nascent in implementation, almost all systems which will host Army wide information systems are in the pipeline as per a sound roadmap.
Going State of the Art
As in the commercial world, the Army is also now witnessing the network-application “meltdown” with applications driving network growth and network capacity in turn leading to increase in application complexity. Accordingly, today the  Indian Army is on the verge of replacing a large number of existing ICT systems with the state – of – the – art. The Army’s’ old workhorse network is called the Army Radio Engineered Network (AREN). This indigenously conceived system for the field formations was launched more than three decades ago and is on the verge of being replaced by the Tactical Communication System (TCS). TCS, valued at more than `10,000 Crores is India’s first “Make” program. Government owned Bharat Electronics Limited (BEL) in the public sector will join the race for prototype development with a Ministry selected Special Purpose Vehicle (SPV) Company. Led by L&T, the SPV includes Tata Power SED and HCL Infosystems Limited. It is the first-ever program wherein three major private sector companies have formed a consortium together to provide indigenous solution for strategically important acquisition of the Army.

As is the trend worldwide, TCS is envisaged to have a large percentage of COTS technologies, albeit customized and hardened for  usage by the Army in the tactical battlefield. It is envisaged to use state of the art technologies like mobile adhoc networks and emerging 3G/4G cellular technologies. As a paradigm switch, TCS would link the forward most soldier to the high capacity national networks and carry critical voice, video and data for the digitized battlefield of the future. The Army is also set to transform its backbone network called Army Static Switched Communication Network (ASCON). ASCON was evolved to integrate the telecommunication infrastructure of the hinterland with the tactical communication networks. It is a digital, fully automated,secure, reliable communication system based  on microwave radio, optical fiber cable and satellite equipment. Value added Services such as fax, telex, data transfer were also available to defence users on this network. Currently the existing ASCON network is being expanded and undergoing a technology upgrade. Simultaneously, BSNL is developing a Pan India backbone that shall be fully owned by the Army. Called project NFS (Network for Spectrum) the OFC network will be laid over 60,000 km to provide connectivity for 129 Army, 162 Air Force and 33 Naval stations. It is being built by BSNL in lieu of the commercial mobile spectrum vacated by the Defence services.

Expanding Network
The Army is also planning to expand its integral cellular network to  ther parts of the country in a phased manner. Priority is being decided for the rollout of the  ext generation cellular networks of the Army. The network will be expanded into areas of the northern and eastern parts of the country in the next few years. While adding critical   tworking and infrastructure capabilities, the Army is constantly upgrading its cyber posture. Recently, the Army unveiled plans to complement ICT with Electronics and Cyber  apabilities. Labeled ICTEC, (Information Communication Technologies Electronics and Cyber), the new paradigm envisages to integrate electronic warfare and cyber aspects with information and communication architecture from the ground up achieving full spectrum dominance. The recently concluded DEFCOM seminar deliberated on these aspects. The Indian Army is set to trail blaze along the information pathway as it transforms into a netcentric force. As it develops new capabilities, the Army is ensuring that its personnel are fully trained to handle the challenges of next generation information warfare. At the Military College of Telecommunications

“As it develops new capabilities, the Army is ensuring that its personnel are fully
trained to handle the challenges of the information war looming on the horizon”

Engineering, located at Mhow, near Indore in Madhya Pradesh, the Corps of Signals trains its information warriors in next generation warfare amidst global standards. Specializing in network control operations, network planning, electronic warfare and cyber security, personnel are being trained in specialized technical fields. The Army which trains its own engineers at the diploma, graduate, post graduate and doctorate levels is ensuring that its key personnel are fully prepared to meet the challenges in deployment, maintenance and exploitation of planned ICT infrastructure in military operations.