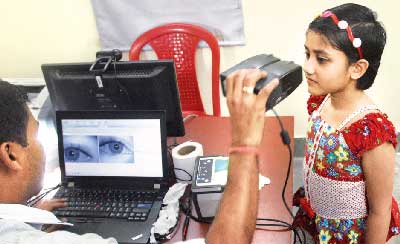 Soon the Aadhar cards will be mandatory for university and college students in Madhya Pradesh. The University Grants Commission (UGC) has issued a letter to the State universities to enroll students for the Unique Identity Card (Aadhar card).

UGC secretary Akhilesh Gupta said it was proposed to link Aadhar with students’ bank accounts. Linking of students’ bank accounts with Aadhar would facilitate effective disbursal of scholarships and fellowships.
The universities and affiliated colleges had been directed to appoint a nodal officer for helping students in enrollment for Aadhar cards. This needs to be taken up on high priority.

The UGC secretary has also suggested in his letter that the varsities may coordinate with concerned State/ Central authorities engaged in Aadhaar enrollment to speed up the work.