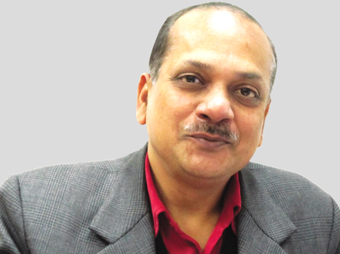 Jiwesh Nandan, sheds light on the new initiatives that are being taken in the State to improve governance through ICT

Lot of work in the e-Governance area has already been done in Uttar Pradesh. What is your view on the achievements in e-Governance so far? Please provide us with an overview of the most landmark projects that have been launched.

As far as e-Governance in Uttar Pradesh is concerned, as part of the NeGP, we have put in place the infrastructure that can facilitate a digital interaction between the various departments and people. The SWAN is operational; our State Data Centres are operational; our State Service Delivery Gateway (SSDG) is in operation; our State Portal is operational. All other hardware, software and basically infrastructure facility that is required for e-Governance is in place. Today we have almost 9000 CSCs (Common Services Centres) that are active. We also have a structure for providing digital services in urban areas known by the name of Lokvani Kendras.

How many Lokvani Kendras are there?

Currently around 1,200 Lokvani Kendras are active and operational. Through these Kendras and the 9,000 CSCs, we have started providing 26 government services from eight departments to the people. The e-Delivery of services has started from 1st August, 2012. During the last four or five months, we have issued 15 lakh e-certificates to the people in 69 districts of Uttar Pradesh. The other six districts of the state are part of our e-District programme. Here also we have delivered about 15 lakh e-certificates. So overall in Uttar Pradesh we have already delivered more than 30 lakh e-certificates to the people in thelast five months. If you look at the total number of e-certificates and e-services delivered then that would be more than a crore. This is a number that is not generally known to the people, and as far as I know, it is the highest in the country.

Let us very clearly understand that the CSCs and the Lokvani Kendras are not going to be very profitable enterprises. You see, in the entire lifetime how many times does an individual require a digital certificate or any other piece of government paper? The answer obviously is very few times. And the centre is only getting `10 for providing such a service. That too has to be shared with the VLE (Village Level Entrepreneur). The profits, if any, are not going to be large. So you have to accept the fact that this is not going to be financially viable as long as we are only looking at G2C line of business for the CSCs and the Lokvani Kendras. This is clearly understood by the Government of India. That is why we are allowing these outlets to engage in other activities. B2C is also allowed. Many other kinds of businesses can also be conducted by the CSCs and the Lokvani Kendras. Such freedom is being allowed only to ensure that these centres can become financially viable. But the Government of Uttar Pradesh recognises the fact that even with theseinitiatives, some of the centres, especially those that are located in remote areas, are not going to become financially viable. In remote areas, in small villages, there will not be sufficient opportunities for B2C or even G2C. But this does not mean that we should not have our centres there, we have to have the centres wherever the citizens of Uttar Pradesh are living. That is why some centres, the loss making ones, will have to be run through government agencies.

Earlier you said that SWAN has been fully implemented in the state. What kinds of services are currently being provided through SWAN? What are the ways by which we can expand the scope of the services that can come through SWAN?

All the departments in the state government are now connected to SWAN. Now the internal operations of different departments are in the process of being switched over to SWAN. There are many other activities that the state takes, in which also SWAN is being utilised. Our State Data Centre(SDC) is linked with SWAN. SWAN and SDC are playing major role in facilitating the recruitment for various departments in the state like the police, railways, etc. Different departments are making use of SWAN whenever there is the need. However, I would also like to add that there is a problem with the current structure of SWAN. Currently, SWAN is being managed by NIC, but there are some funding related issues that are leading to slower progress of the initiatives. This is a big issue. But I am not saying that if we had a private operator managing the SWAN, it would have worked in a better way. There are states like Madhya Pradesh, where they had private players managing their SWAN. Even that has not worked. So the solution, to my mind is, to find the finances within the state budgets to run the SWAN. With time, I am sure, we will be able to find a solution that is workable.

Currently most of the major IT companies in the country are based primarily in south India. Why are the north Indian states, like Uttar Pradesh, unable to attract significant IT investments? Are you developing some new strategies for bringing growth to the IT industry in the state?

We are now trying to attract major IT investments in the state. IT Industry can be a big job generator. So if all the software makers, the hardware makers, the BPOs, were to set up their establishments in Uttar Pradesh, it will lead to big improvement in the employment situation. We are very keen on making that happen. We have already announced a package of incentives for the IT industry. We are also developing an IT City in Lucknow. We are also now developing IT parks in different parts of the state. Many prominent IT players are showing interest in setting up their development centres in Uttar Pradesh.

“Through 1,200 Lokvani Kendras and 9,000 CSCs, we are providing 26 government services from 8 departments”

The e-District project is being envisaged as something that can bring lot of benefits to people living in different parts of the state. What is your vision for e-District project? What kind of work has already been done under the project?

The districts in any state are the places where most of G2C interactions take place. So the e-District project has been conceptualised to improve this experience and enhance the efficiencies of the various departments at the district-level, to enable seamless service delivery to the citizen. Under the e-District project various citizen facilitation centres are going to be built at the district, tehsil, dub-division and block levels. Village-level front-ends are going to be established through Common Services Centres (CSCs) for delivery of services. The idea is that, whatever government services can be automated, should be automated within thedepartment, and then provided to people in an easy to access digital format. In the state of Uttar Pradesh, we have started with the automation in the processes of eight critical departments. One of these departments is the revenue department; we have found that the services that are mostly required by vast majority of common people are related to the revenue department. Then there are our welfare programmes – women welfare, child welfare, minority welfare and other welfare programmes. The process of application for these welfare programmes, and the process by which the payment is made to the beneficiary, are also being automated. As a part of the e-District programmes, we are thinking of providing tablets to the Lekhpals, who happen to be the cutting edge functionaries in any tehsil. As of now we are running the e-District project in pilot form in six districts. Once the project gets launched in rest of the districts of the state, the number of citizen services that become available will increase manifold.

As you have rightly pointed out Uttar Pradesh is one of the early pioneers in the digitisation of land records. Anyone can go and see his or her land records through a computer from any part of the world. The digitisation of land records was completed three years ago. The system is completely secure and it is quite popular with the citizens. We have a system, where the land records get updated every week, because of the fact that there are transfers of land due to property transactions, gifts, inheritance, etc. You can also take a printout of the land records. The system, as it has been designed, is perfect. In the next phase, we are trying to develop a system where you can get the land records digitally signed. Once this system is in place, you will be able to walk into an authorised centre and take a digitally signed land record. Today unsigned copies of land records are available to everyone. The site from which you can get the land records in Uttar Pradesh is called Bhulekh. It is located at: http://bhulekh.up.nic.in/.

Today many states are taking initiatives to use ICT solutions for improving security. Projects like CCTNS are being implemented. What kind of work is being done in Uttar Pradesh in this area?

CCTNS is a mission mode project, for which lot of work has already been done in Uttar Pradesh. We are currently having a pilot for CCTNS in three districts. All the thanas of the state have been computerised and are being connected under the project. All the thana registers are being digitised and being placed online. Once the CCTNS project has been fully implemented in these three districts, it will start getting implemented in rest of the districts of the state. It will take about one year for the pilot project in these three districts to be completed, after which it will take about two or three years to expand the project to rest of the state.

Digital education has been making great strides in the country, but there are concerns that only a small section of the population might be able to benefit from the new educational technologies. What are the major initiatives that you are taking to bridge the digital divide?

The very popular step that we have taken now is giving digital devices for free to the students. Under this scheme this year 50 lakh laptops and 25 lakh tablets will be distributed in the state to all the students who pass out of Class X and Class XII. This will go a long way in bridging the digital divide, because it will lead to a situation here every school in the state would have hundreds of laptops and tablets. This will be costing the state `3,500 crore. This I would say is the main strategy that we are using to bridge the digital divide – catch them young and give them the latest gadgets on which they can learn.