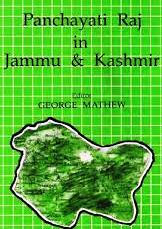 Jammu: The Jammu and Kashmir government has decided to amend the state Panchayati Raj Act to give more powers to elected panchayats.

The government was considering the suggestions given by different quarters and these would be sent to the cabinet soon, state’s Rural Development and Panchayati Raj Minister Ali Mohammad Sagar said, after a high level meeting on Tuesday.

The move would make the legislation more democratic besides addressing concerns of stakeholders in the Panchayati Raj system, Sagar said.

According to a government spokesman, the meeting was convened to discuss recommendations of a high-level committee constituted to examine the suggestions.

The panel received suggestions from political parties, social organisations, elected panchayat representatives and experts recommending that the Jammu and Kashmir Panchayati Raj Act, 1989, be updated and made more realistic.

He said the government would table the proposed amendments in the Assembly during the Budget Session.

Opposition parties and the Congress, an ally in coalition government with the National Conference, and social organisations have demanded implementation of the 73rd and 74th amendments of the Constitution in Jammu and Kashmir.

These amendments grant constitutional status to elected rural local bodies, give them necessary powers, provide for direct elections to all seats, give mandatory reservation for Dalits and tribals in proportion to their share of the panchayat population and one-third reservation to women.

The National Conference, however, opposes the 73rd and 74th amendments saying there are enough provisions in the state laws for empowering of panchayats.

Jammu and Kashmir enjoys special status by virtue of Article 370 of the Constitution and has its own laws and constitution.