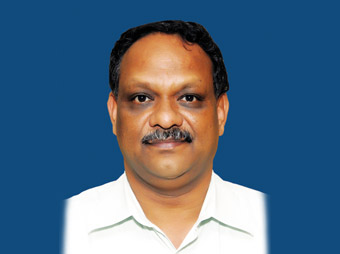 “To a large extent the state of Kerala has managed to bridge the digital divide; a high percentage of the state’s population has access to personal computers and the Internet,” says P H Kurian, Principal Secretary (IT), Government of Kerala

What are your plans for bringing technological advancements in the state of Kerala? What major policy initiatives should be taken at the state or central level to bring about growth in the IT sector in Kerala?
I am glad to say that Kerala has been one of the pioneers in developing IT infrastructure and in enhancing the scope of IT industry. We started a Technopark in 1991, when there was very little understanding of the importance of IT industry. Due to various reasons, we were unable to create a world class IT industry. Cities like Bengaluru, Hyderabad, Chennai, Mumbai, Pune, Gurgaon and Noida have raced ahead of us. However, we continue to be of the opinion that the state of Kerala is blessed with the human resources and the basic infrastructure that are needed to attract IT industries. We continue with our efforts for developing the IT industry. We have plans to ensure that by the year 2020, about five percent of India’s IT industry should be located in Kerala. Five percent of Indian IT industry means about $300 billion of new investments. We will have an export $15 billion. There will be a huge boost to the state’s economy. his will lead to the generation of almost five lakh new jobs in the state. Currently the state boasts of about 80,000 IT related jobs. To implement this plan of having rapid growth in the IT industry, we will need at least 600 acres of land. The government is trying to make the land available. There are two or three entities within the government to create the IT infrastructure and lease it out to the interested parties. A lot of private companies will also be participating in the creation of infrastructure.

What about the development of human resource? The IT professionals play the most important role in the IT industry. So what steps are being taken to train adequate number of professionals?
We are talking a number of steps to train our young men and women. Our ICT academy will become operational by December with the participation of three private companies. Many other institutions in the state are also engaged in providing IT related education. The state of Kerala has made a name for itself in the e-Governance space. What is your vision for e-Governance? When it comes to the implementation of e-Governance initiatives, we are one of the top states in the country. We have ensured the implementation of the best CSC model right from the beginning. To a large extent we have managed to bridge the digital divide; people from all sections of society in Kerala are IT-savvy. A high percentage of the state’s population has access to personal computers and the Internet. If you take into account the increase in the number of smartphones, we can easily reach the conclusion that by 2020, a majority of our population will be IT-enabled. There is no doubt that by 2020, every citizen in the state will have at least a computer or a smartphone or both. We fore- see that in times to come many G2C, C2G, B2C services will move into the mobile platform. To a large extent e-Governance will become m-Governance.

What is your dream e-Governance project? Also tell us about one e-Governance project that you think has the power of being replicated across other states in the country.
My dream e-Governance project would be the one that brings maximum benefits to the people. e-Governance can play a very crucial role in the management of land. The ownership details and other information can be digitised and made available online. This is already happening.  any initiatives have been taken in Kerala to bring e-Governance to the level of panchayats. Birth and death certificates can be availed online. Since 2001, more than 80 percent of panchayats have been offering online facility for certificates to citizens. A copy of the certificate is stored on the panchayat’s server to enable people to take digitally-signed certificates whenever one is needed. Many other wings of the government have also developed the facility for providing digital certificates. We have also started a system in the state to enable all kinds of regulatory clearances to be delivered electronically. For instance, there is a building permit from the municipality. The e-Municipality system is there to facilitate the application of building permits. Another hugely beneficial system is the one that allows citizens to track their files and applications. Until now, people had to run around, call and follow. Now it is easy to track the files. In the secretariat, we have  tarted the Secretariat File Tracking System. So if anyone has applied for a certificate or sent a petition to the minister, he or she will be able to track its movement—when it goes to the minister, and when it goes down to the next person.

The main purpose of e-Governance is to make the governance structure accountable, transparent and efficient. How far do you think the e-Governance system in Kerala has succeeded in these endeavours?
The most important thing in e-Governance is accountability. With online systems in place, the officials can’t act in an arbitrary manner and there is better service delivery. The government of India has selected a few departments where maximum citizen interaction is happening. But the situation in regards to citizen interaction varies from state to state. In Kerala, for instance, it is the Labour Department that has maximum number of citizens interacting. This department is engaged in distribution of labour welfare fund and unemployment pensions to almost 300,000 unemployed youth in Kerala. In five to six months we will have a system that can disburse monthly payments to all these individuals automatically. The 40 lakh citizens, who are members of our Welfare Fund Boards, will also avail of the system of electronic payments. Similarly, the benefits that are being given as pensions, scholarships or medical benefits will go direct to the beneficiary account through electronic means. Currently we are populating all the data with bank accounts, and linking the information with Aadhaar so that duplication, if any, is avoided.

In your opinion, to what extent has e-Governance achieved its potential in India?
I would say that by now, e-Governance has already achieved 10-20 percent of its potential in India. To a large extent, there has been a great improvement in the life of citizens with the e-Governance systems. However, we still need to enter a number of new areas, to reach out to still
larger sections of the population. The Chief Minister of Kerala has a very important vision. He intends to make entire state go digital by providing connectivity in all districts and panchayats. Once the BBNL project gets implemented in the state, this vision of seamless connectivity in every part of the state will get achieved. In fact, I would like to point out that about 50 percent of the panchayats in the state are already connected; the remaining will get connected in the next six months. With seamless connectivity there will be great improvement in the role that is being played by the CSCs in the state. The Chief Minister of the state also envisions that every citizen should have an email address, which has been provided by the state. In the initial stages we will ensure that at least one family member in every state has an email ID. The state provided email ID will be linked to Aadhaar number and will be for the purpose of providing a secure system for the citizens to communicate with their government. The moment any government department receives an email from the citizen, the government officials will be able to find information on his background through Aadhaar database. If he or she is a BPL person, then he will be providing the adequate facilities.

How effective will this system of emails be in a country where many people are still unable to read or write?
There is high amount of literacy in the state of Kerala. The state is ranked amongst one of the most literate in the country. In days to come the situation will improve further and more people will be able to read and write emails. Every citizen will be able to read and write emails at least in Malayalam. If there is the problem of connectivity, the citizen can go to the CSC and have his mails sent from there.

Is this something that the other states are also doing?
As of now the states in the country are not doing it. However, such systems have been implemented in th USA and in some European countries. In these countries, it is possible for citizens to vote for project proposals by using their secure online identities. We need to implement such systems in India. The thing is that the true benefits of digital ecosystem cannot be availed until the citizens are fully conversant with the digital technologies for interaction. In the long run, we are certainly going to achieve a flawless digital system for interaction between government departments and citizens. In Kerala we now have about three crore mobile phones for a population of about 3.3 crore people. If every citizen in the state starts to use an Internet connected smartphone, then there is no need for a computer. He or she can send and receive emails through the smartphone itself. This is going to happen in the next 10 years