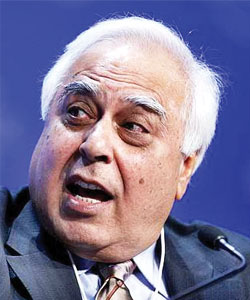 Panchayats to be under e-Governance in Madhya Pradesh

In a bid to lay the foundation and provide the impetus for long-term growth of e-Governance in Madhya Pradesh, the process of computerizing about 23,000 village Panchayats has begun with the objective to bring public utility services through three-tier panchayats under National e-Governance Programme.

No Censorship on Social Media: Kapil Sibal
Union Telecom and Information Technology Minister Kapil Sibal ruled out any plan to censor social media, but said the companies need to obey the law of the land.

The court’s order had come after Mr. Sibal had taken some measures to rein in social media organisations from hurting religious sentiments.

“No government in the country will ever censor social media. But we need to make sure that everybody obeys the laws of the country. If the print media and visual media obey the laws, the social media can also obey the laws,” Mr. Sibal told the Nasscom Leadership Summit that got underway here this morning.

“I want to say once and for all, without any obfuscation, no government in India will ever censor social media,” he further said.

After the Delhi court order early this month, Internet giants Google and Facebook removed offensive content from their India websites.

In a bid to make police more approachable, the Special Police Unit Women and Children (SPUWC) of the Delhi Police recently launched its official website.

SPUWC is a body dedicated to working for resolution of matrimonial disputes. It works under the overall supervision and guidance of the Joint Commissioner of Police. It is present in each district of Delhi as the popular CAW Cells that reach out to women in need of help/services of police.

The website will help women in getting all the information about redressal and process of complaint filing at SPUWC .

The Delhi Police has been looking at various online forums to make themselves more accessible to citizens and this comes in addition to their presence on Facebook and Twitter.